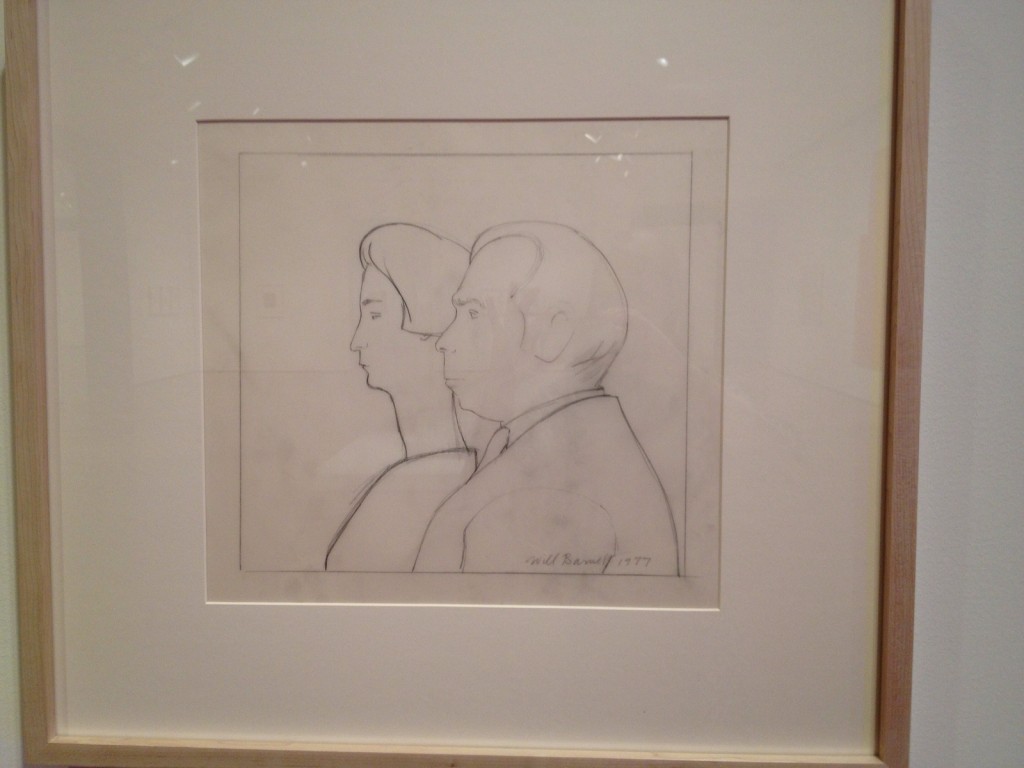 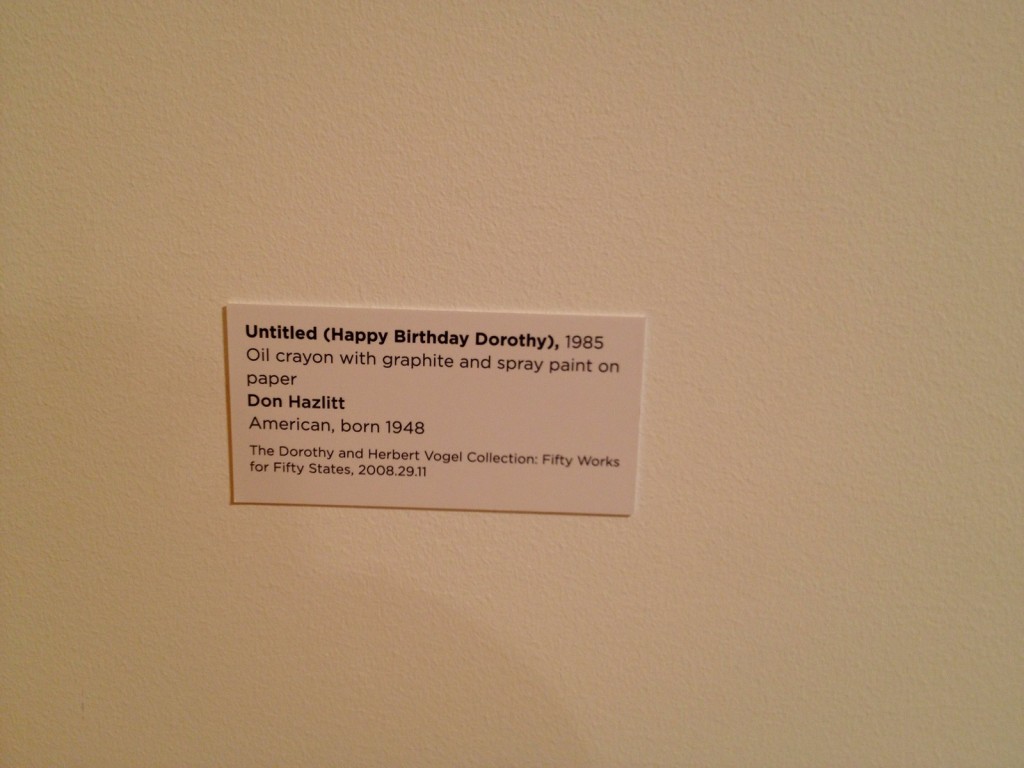 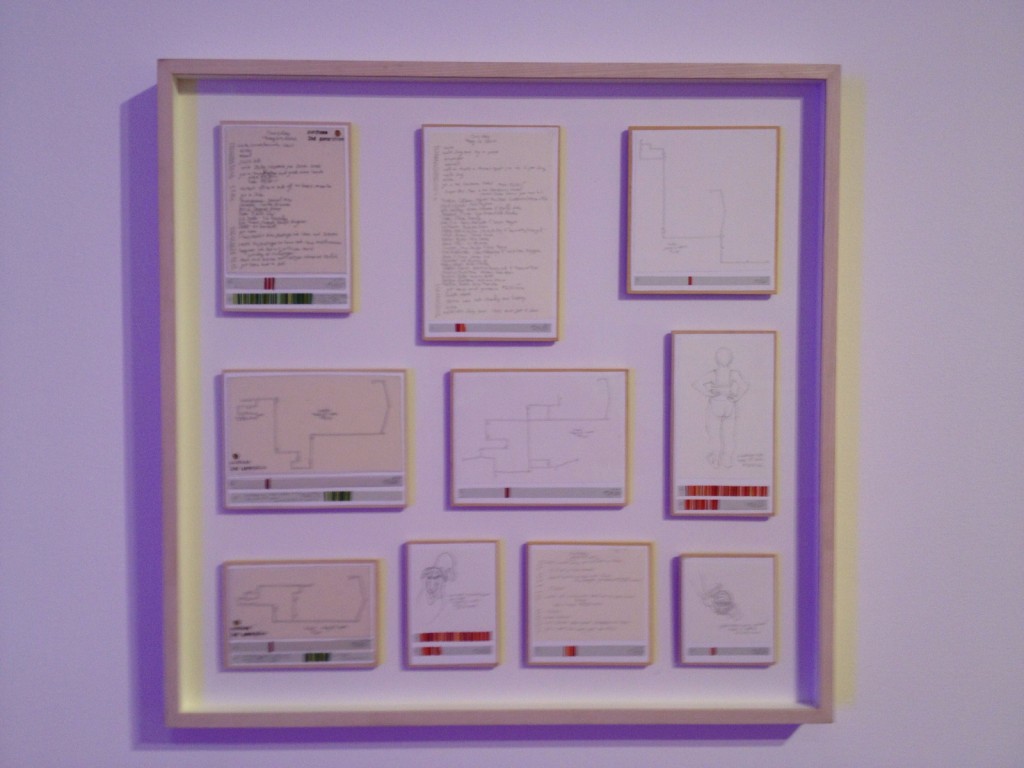 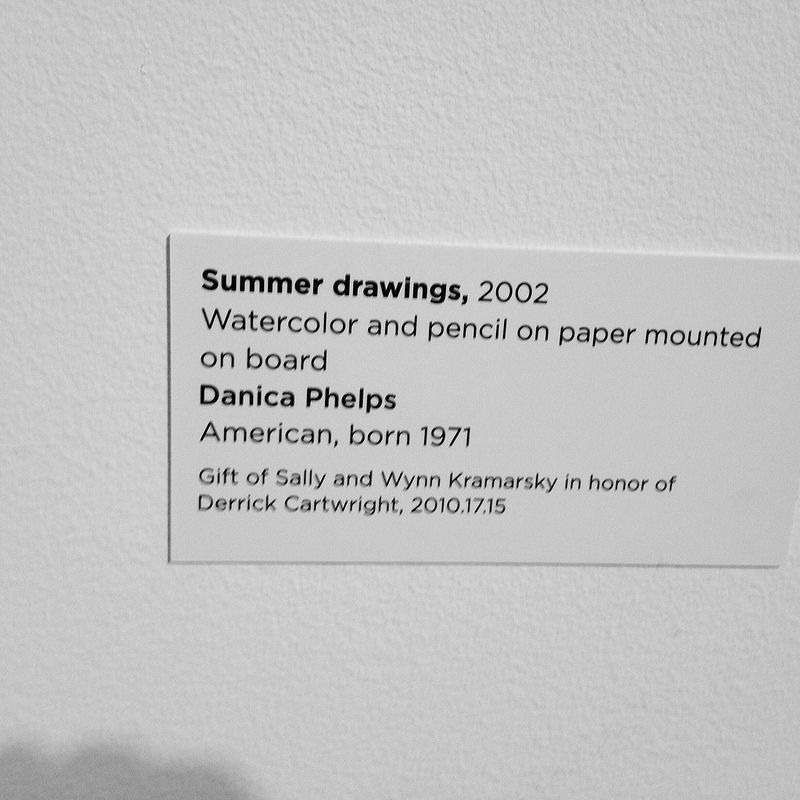 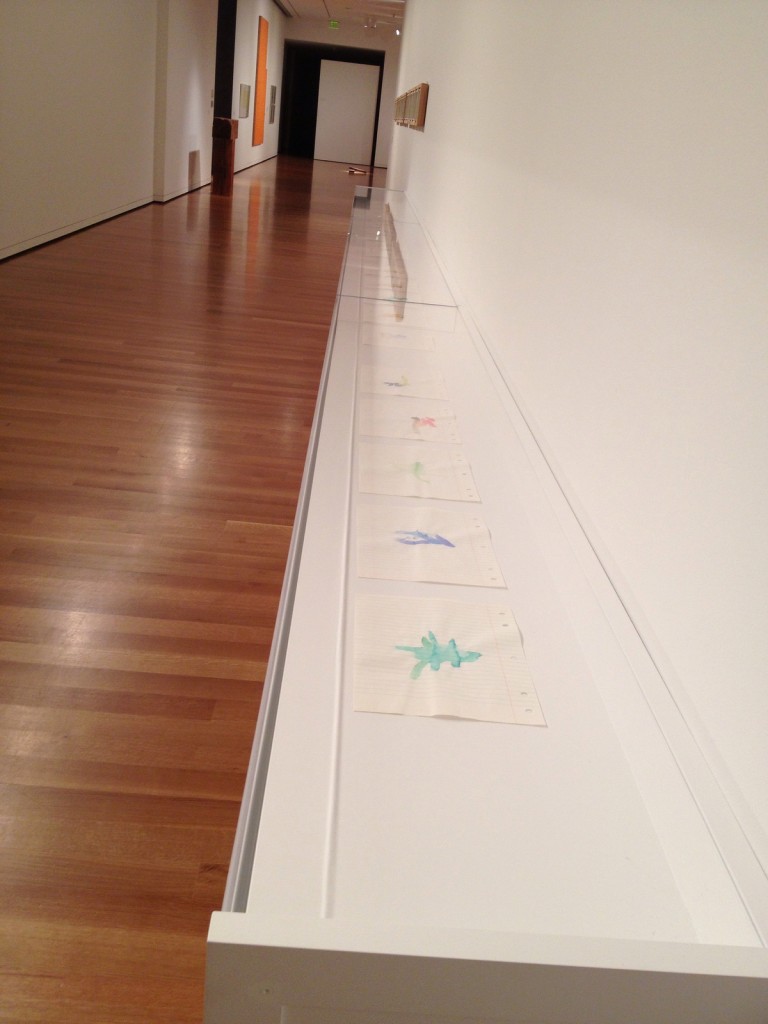 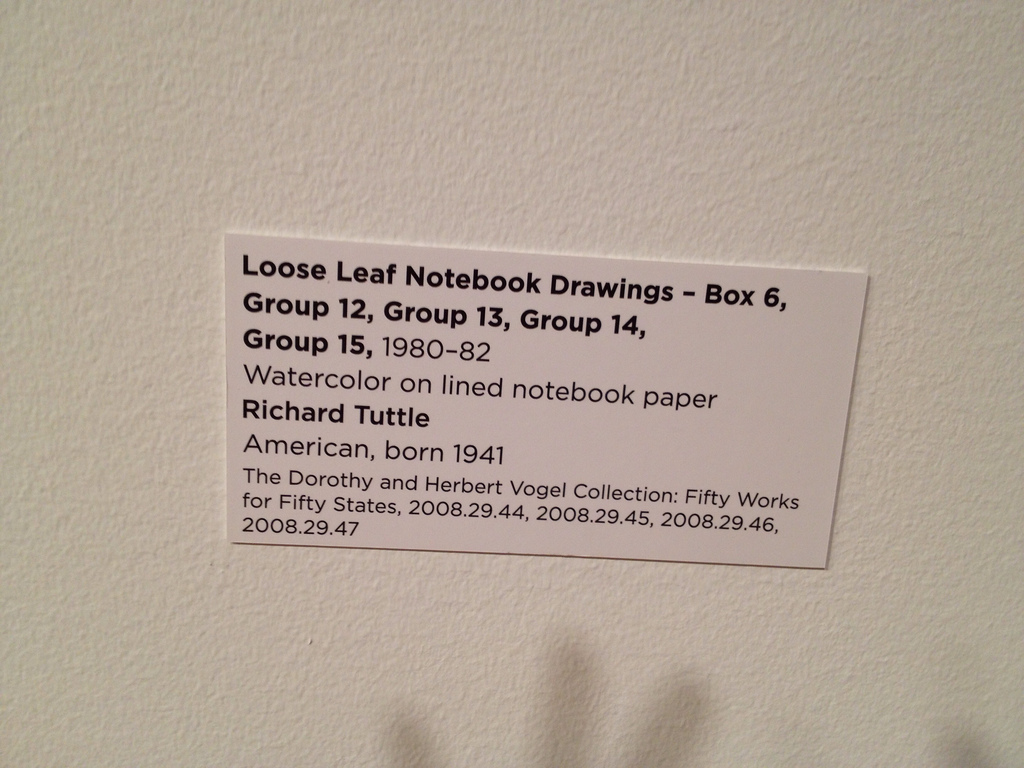 It feels like it was years ago that a friend of mine insisted I see the documentary Herb and Dorothy. I have no idea why I resisted, why it would creep back onto the bottom of the rental queue. This month on a lark I finally settled in for a viewing and was so taken that I actually watched the movie three times in 24 hours. Three times for god’s sake. I felt fortunate enough that SAM still had their Vogel 50×50 exhibit up, and I made a point of visiting this week. First of all, can I just say Richard Tuttle. Spare genius. I have no idea if every state received comparable allotments of Tuttle, but Washington has a nice assortment.

The best thing about the collection when you see parts of it in person is it feels very human scale. It also readily boasts the beauty of drawings and other works on paper, undoubtedly for their affordability. Looking from wall to wall, the exhibit made my heart glad.

I discovered one artist I was unfamiliar with: Danica Phelps. Her watercolor by the way is above sadly reduced to a pile of digital shambles. I loved that piece, which in my mind was a nice little to-do list turned art. Well, now I see her entire body of work is systems based, which intrigues me. I like the paint swatches she puts at the bottom of each piece, like a test strip. 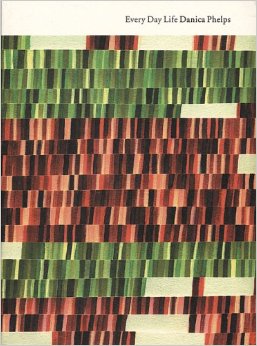 I look forward to the upcoming documentary 50×50 with much anticipation. 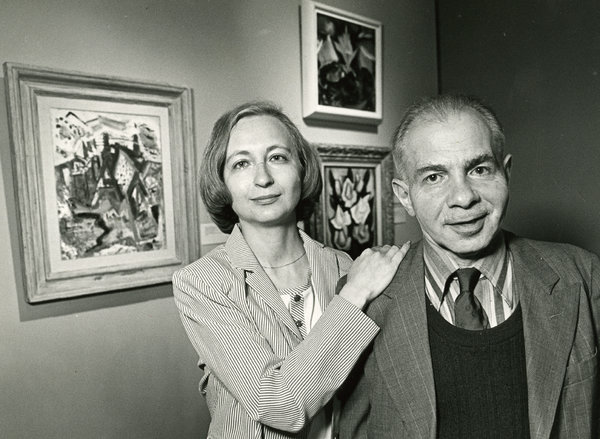 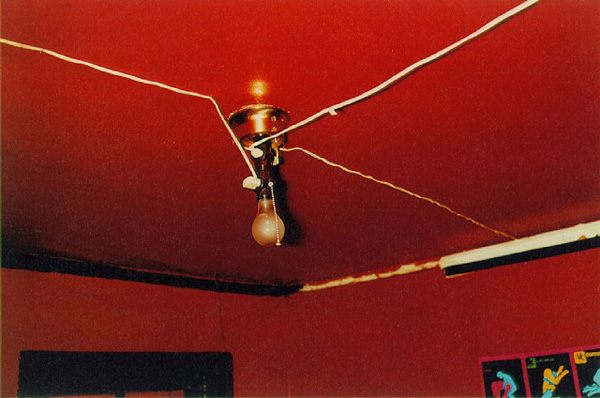 Seattle you have a real treat coming to you. Starting November 10th and running through Nov 16th, Northwest Film Forum is presenting the local premiere of the documentary William Eggleston in the Real World.

William Eggleston’s color saturated, sublimely aimed photographs of common subjects should make for a mesmerizing visual film and it will be interesting to see what is in Eggleston’s head.

It is rare for an artist of such stature to allow himself to be shown as unguardedly as Eggleston does in this intimate portrait. Almereyda tracks the photographer on trips to Kentucky, Los Angeles and New York, but gives particular attention to downtime in Memphis, Eggleston’s home base. –Palm Pictures. 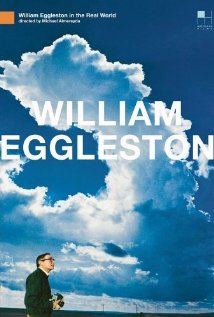 Last fall when I was visited the San Francisco Museum of Modern Art I happened upon Eggleston’s Los Alamos project, which was basically a retrospective of his photos taken between 1965 and 1974, as he traveled around parts of America. Much like Arbus (who immediately came to mind for me) there is much more at work in his prints than simple nostalgia and documentation of a certain time. Eggleston gets at a certain psychology in his subjects, which he culls from using his “democratic camera”. I spent a long time examining and reexamining the photos and for some reason that is one exhibit that has reverberated long after seeing it.

I was hoping this movie would be released soon, and now it is coming to our own fair town.

For more on William Eggleston, here is the official site representing his work.

If you are home tonight don’t forget that PBS is starting up their third season of Art:21 this evening. Tonight’s show features one of my favorite artists Ida Applebroog, and also Cai Guo-Qiang, Laylah Ali, Krzysztof Wodiczko and Teresa Hubbard / Alexander Birchler. The following three Fridays will bring the additional installments, and will include Mike Kelley, Matthew Ritchie, Roni Horn and another favorite Ellen Gallagher among others.